Written By: More than two thousand years ago, a famous Chinese envoy, Zhang Qian, of the Han Dynasty explored the Silk Road lying across the Asian-European nations
Reading Time: 3 mins

1.The History of the Silk Road

More than two thousand years ago, a famous Chinese envoy, Zhang Qian, of the Han Dynasty explored the Silk Road lying across the Asian-European nations. Then, people from different countries along the road gradually began to use this road as a network of trade, culture, technology, and civilizations.

With thousands of years of civilization, Iran and China were among the major players along the ancient Silk Road. Through this route, grapes, pomegranate, onion, and other fruits and vegetables and special products were introduced into China from Iran. And China’s tea, ginger, mulberry, peach, apricot, and orange were brought into Iran. For a long period of time, Iran has been an important market and transportation hub of Chinese silk and chinaware. The jewelry and incense made in Iran are popular in China. The ancient Silk Road had not only promoted the economic development of the two countries but also contributed to the cultural exchange between the East and West.

In 2013, Chinese President Mr. Xi Jinping put forward Belt and Road initiative, which refers to the Silk Road Economic Belt that links China with Europe through central and western Asia, and the 21st-Century Maritime Silk Road connecting China with Southeast Asia, Africa, and Europe. The Initiative is a response to the need for development and cooperation among Asian and European countries, and it shows that China is in a rapid transition from a mere participant in the international system to a provider of public goods.

The Initiative aims at strengthening policy coordination, improving infrastructure connectivity, promoting trade, financial integration, and people-to-people exchanges. It intends to create a new regional cooperation platform and draw the related countries to make plans together and benefit each other. The Initiative is China’s idea, but the opportunities it has created belong to all countries.

In building the Belt and Road Initiative, China follows the principles of wide consultation, joint contribution, and shared benefit. The Initiative is open to all countries, not merely limited to countries along the ancient Silk Road. The cooperation under the framework of the Initiative will follow market rules. The Initiative pursues mutual benefit and takes care of the interest of all participating states.

During past years, notable progress has been made in the implementation of the Initiative on the following four aspects.

First, more than 70 countries and international organizations have expressed interest in the Belt and Road Initiative, and over 30 countries have signed agreements with China to jointly build it.

Second, the financial architecture is basically in place. The China-proposed Asian Infrastructure Investment Bank has started operation. China contributed 40 billion USD to set up the Silk Road Fund in 2014 and the Fund will be used to provide investment and financing support for infrastructure, resources, industrial cooperation, financial cooperation, and other projects of countries along the Silk Road. The first group of projects financed by the Fund has been launched.

Fourth, all-round progress has been made in industrial capacity cooperation. China has carried out such cooperation with nearly 20 countries and helped them to modernize their own industries, such as iron and steel, heavy machine, fertilizer, oil, gas, and electricity generation.

3.China-Iran Cooperation under the Belt and Road Initiative

China and Iran are both important countries along the ancient Silk Road. The two counties have for a long time been enjoying a friendly relationship. Closer and broader cooperation between the two countries will surely benefit the two peoples. In January this year, President Xi Jinping paid a state visit to Iran, and two sides agreed to enhance the bilateral relations to a comprehensive strategic level. During the visit, the two sides signed an MOU on the cooperation of jointly building the Belt and Road Initiative. In this MOU, a wide range of areas was listed as cooperation priorities. Among them, the high-speed railway between Tehran and Isfahan had been started.

The Belt and Road Initiative will give new impetus to China-Iran cooperation and create a historic opportunity to deepen and broaden our cooperation and development, particularly in the fields with established advantages such as transportation, telecommunication infrastructure, energy and resources, trade, and investment, early harvests could be expected.

I believe the Belt and Road Initiative will bring a brighter prospect of cooperation between the two countries, and start a new chapter of friendship between the two peoples. 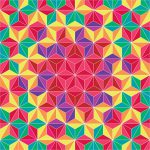 Dialogue Among Cultures; a Prerequisite for Asian Unity
Believing that dialogue among cultures is an important prerequisite for Asian unity, Iran took on the establishment of the Cultural Coordination Center of the Asia Cooperation Dialogue (ACD). Being strategically located on the world map and due to its geopolitical...
Read More